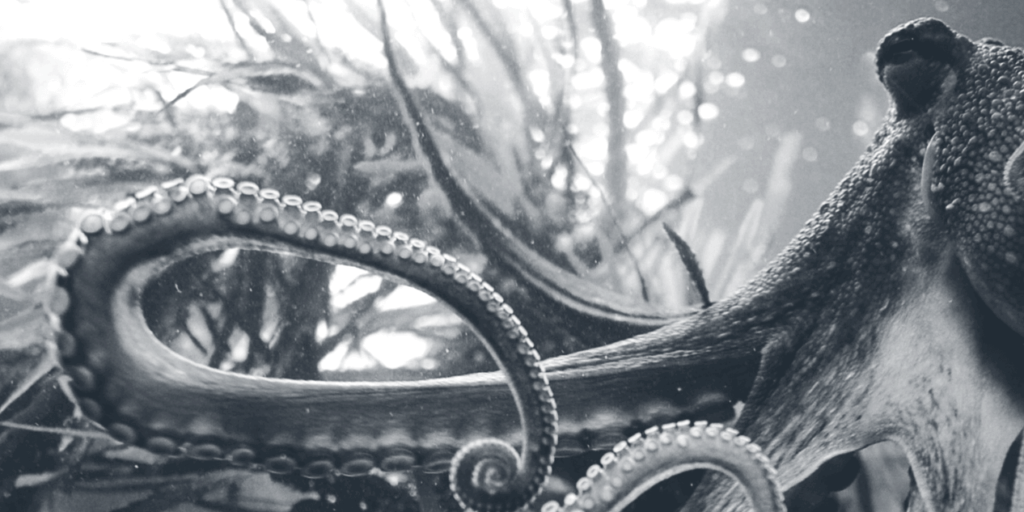 ISCRI: An AI Programmed By An Octopus

ISCRI is an exploratory artistic, scientific and technological project in collaboration with artist Maggie Roberts and her collective 0rphan Drift that will create an AI programmed by an octopus. The AI will be generated from octopus responses to its environment; this environment includes a video stream by the artist. In an iterative process, the AI will mediate between the octopus and its environment, reflexively re-programming the video stream based on octopus responses.

The images give some indication of the kinds of video content Maggie will be generating to engage the octopus, triggering responses that will then become data for the learning algorithm to process.

The artwork generation is in the preliminary stages, and involves experimenting with a Lidar Scan animator, VFX supervisor and computational arts coder as well as filming underwater in the rich kelp forests of the Cape Peninsula, South Africa. Maggie has been in lockdown in a studio there, accessing the coastal waters in many different weathers and ocean conditions. This has been invaluable.

0rphan Drift is Maggie Roberts’ collaboration with artist Ranu Mukherjee. They have explored the boundaries of machine and human vision since its inception in London in 1994. They have been exploring octopus cognition and behavior for several years now.

The work produced for this has lead to the Etic Lab collaboration, which we have been researching and developing together for the past two years, the AI octopus project now named ISCRI.

Overall, we see this project as an open experiment in interspecies communication. We spoke about this earlier on in the research, in a talk we gave at Goldsmiths, University of London, which you can watch here.

The goal is to evolve an intelligence-agnostic AI system that has not learnt from a human modeled environment, but from a fellow distributed consciousness (an octopus) that operates in a highly uncertain and fluid environment (the sea), in order to decenter anthropomorphic constructions of intelligence.

The initial artwork created comprises a video stream that acts as trigger for the octopus response. Imagining the underwater environment of the octopus from the viewpoint of an 8 armed distributed intelligence that does not prioritise vision led perception in the way a human does. Rather it interprets the world through shifting light and dark, touch, water pressure and movement and chemical information. The video is increasingly modified by the AI as it develops, which should in turn mediate the octopus responses and feed these back into its own learning patterns. This process will produce audiovisual material that reproduces and responds to an octopus in its environment.

We see non-human agencies as being key to developing new imaginative capacity for looking forward and engaging with a changing world. We want to use our project to suggest that the somatic tendencies of the octopus may hold radical possibilities for the evolution of ethical AI. We want to address the urgency of rethinking what it means to be human in light of current developments in AI and ecosystem crisis. We propose this encounter as a contribution towards making kin of nonhuman life, and for AI’s learning from environments in which uncertainty and the unknown play an increasingly integral part. Our co-evolution in communication with such multiplicity feels imaginatively, ethically and environmentally urgent today.

We are actively seeking further funding for this project, to develop the Artificial Intelligence. We are also interested in hearing from other international galleries and museums for the touring exhibition planned in 2024. Please contact Stephanie@eticlab.co.uk for further information.

Recent 0rphan Drift exhibition If AI Were Cephalopod at Telematic Gallery, San Francisco (2019) was reviewed in international art journal Artforum. This work is speculative, a fiction around an embodied AI merging with an octopus. Through the layering of the screens, they wanted to confuse the viewpoint between octopus, human and AI.

Maggie’s current Arts Council funded project with iMT Gallery, London, is an online meditation series in response to the Covid-19 lockdown, called Becoming Octopus. It showcases some of the video experiments in development for the octopus AI project with Etic Lab, ISCRI. 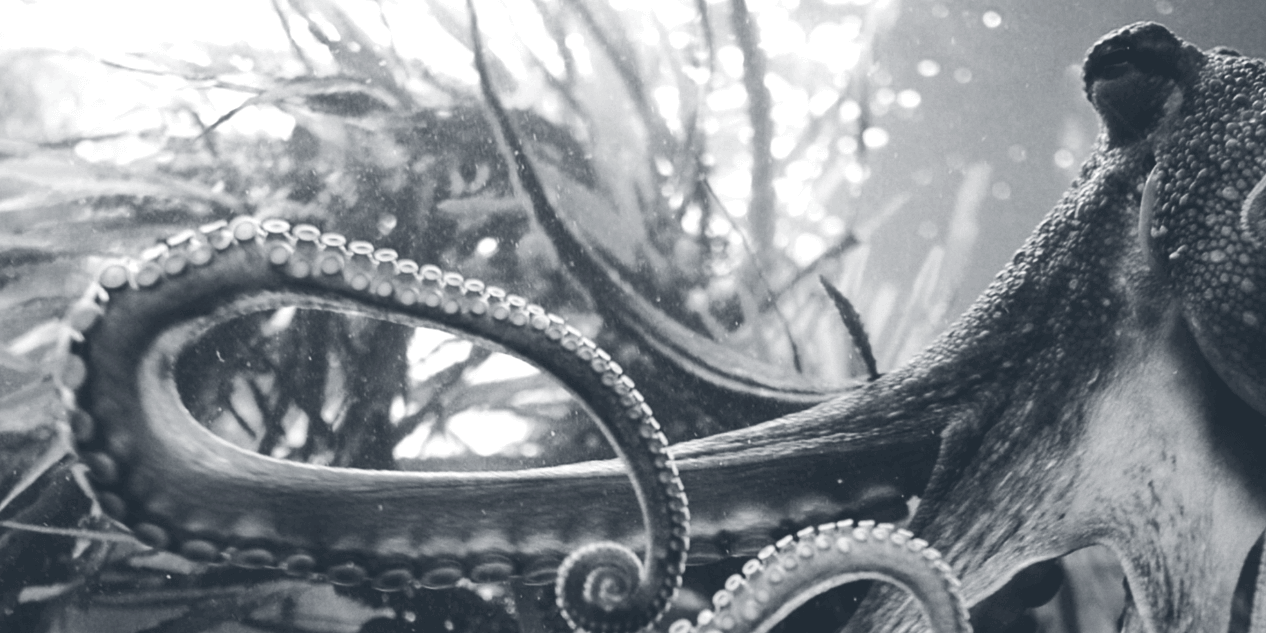